In the Offaly Traveller Movement community consultation 2012 there was an acknowledgement that the health of Traveller women in Offaly had improved.  The work of the peer led Primary Health Care Programme, and in particular the work of the Community Health Workers, was acknowledged as key to this improvement.  In contrast, there was a consensus that the health of Traveller men has actually deteriorated.  Traveller men’s reluctance to seek help and support with health was a common theme.  ‘Stigma’ was a word that was often used in relation to men’s health and the fact that a Traveller man is unlikely to speak of his health issues with a woman was also often repeated in the consultation.

“I think Travellers were a lot healthier years ago.  They travelled more and had more freedom.  I think it is the way that Travellers are living now that there is so much suicide going on.  Drugs a lot to do with it as well”

The Offaly Traveller Movement respond to these health needs of the Traveller community in a number of ways.  We deliver a Primary Healthcare Programme for Travellers, a Traveller men’s health programme, a community development worker for health serving Offaly, and we partner with the Midlands Traveller Health Unit and a host of organisations and service providers in Offaly to improve health outcomes for the Traveller community. 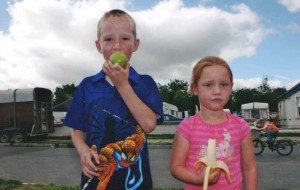