Irish Travellers have been part of Irish society for centuries and have a value system, language, customs and traditions, which make them an identifiable group both to themselves and to others. Their distinctive lifestyle and culture, based on a nomadic tradition, sets them apart from the general population. After many years of campaigning Travellers were recognised as a distinct Irish ethnic minority group by the Irish government on 1st March 2017.

Offaly Traveller Movement (OTM) evolved from Tullamore Traveller Movement Ltd, which began in 1996 as a grassroots response to the needs of Travellers living in Tullamore and the surrounding area. Today OTM is a vibrant community development organisation employing 21 workers from both the Traveller and wider community, and offers Travellers living in County Offaly programmes in health promotion and mental health, accommodation, youth, education and enterprise.

OTM’s vision is full equality and social justice for Travellers in County Offaly.

OTM’s mission is to empower Travellers, and to work as a partnership between Travellers and settled people to achieve equality and social justice for Travellers in County Offaly

OTM works locally, regionally and nationally to achieve our mission as above and approaches this work in the following ways:

Traveller-centred: we believe it is not possible to achieve meaningful, positive change for Travellers without active Traveller participation.

Community Development: embraces empowerment and participation; equality and anti-discrimination; social justice and human rights, all of which are key ingredients to achieving positive outcomes for Travellers.

Traveller Empowerment: providing opportunities for Travellers to develop their skills and knowledge supports their self-determination. Building the community’s and service providers’ capacity to understand and meet the needs of Travellers improves outcomes for Travellers.

Anti-discrimination: challenging discriminatory attitudes and practices of individuals, institutions and society is necessary to bring about positive change for Travellers.

Anti-violence: signposting external supports and services for Travellers to resolve conflicts peaceably and constructively – whilst maintaining service neutrality in disputes. 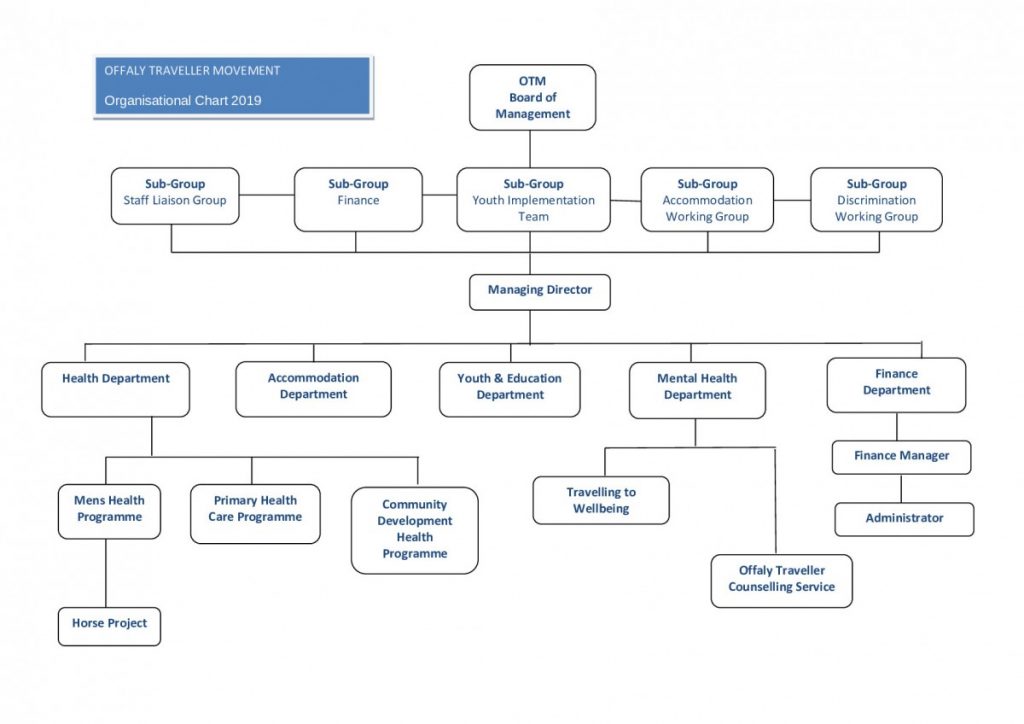